I don't really know exactly what I'm going to write today.  Which is not the way it usually goes for me here. I usually sit down eagerly- the edges of my brain pleasurably afire with a specific topic.  Or sometimes it's even two vaguely related ideas that I'm chomping at the bit to expound upon and tie together deftly with electronic silken thread.

But today I don't have any of that.  With the exception of the pleasant burning sensation. That I've got. The pleasant burning sensation is the closest I can come to describing what it feels like to create something, perhaps to someone who does not regularly create, or who might be unsure of the whole 'creative process.'  The spark of the creation-- a ha, note the common fire metaphor here in that tried and true colloquialism-- the spark feels a little like smoting flesh.  Honestly- it does. Because you can't get away from it.  It has you writhing a bit.  But if it's good-- or frankly, even if it's not-- the burning feels compelling- gravitational. You don't want to pull away from it.  You want to dive in and let it take you over...let the flames engulf while you as 'channel' simply show up to capture it in your net and write it down. Or birth it in some other way here unto this physical realm because it demands that of you.  It demands that you give birth to it.

Oddly similar were the early sensations of labor pains for me- of actual giving birth.  An urgency- a pulling, a warmth, a tingling.  All of which eventually grew in massive proportion for this vessel- holy shit - and how.  What began as exciting and tingling and a bit stretch-y feeling ended up launching me head long onto the floor, wretching, writhing with excruciating yanks of pain in all directions, whimpering like a tiny child to please make it stop because I couldn't do it any more. (The three w's of giving birth.  Wretching, Writhing, Whimpering.  Why don't they tell you about those in any birthing class, is what I want to know?)

OK- so turns out for me there are some tendrils of connection between birthing actual people, which I've done twice,  to birthing anything else creative too, which I've done countless times.  I'm just actually discovering this as I type it to you on the virtual paperless page-- that my physical experience of those two birthing processes has similar flavor.  Hm.

Anyway.  So-- you can see now that I had to sit down and write-- it's coming out of me anyway, though I STILL as of yet, have no actual discernible TOPIC to write upon.  Right? You don't know what this blog post is about, do you?

Well- ok-  so I titled it Middles because that was a clue that plopped itself upon my cerebral cortex in big blazing neon immediately before I sat down to type.  MIDDLES, Hol.

See I just came from a five hour symposium on Middle School education at my kids' elementary school campus.  The place was rife with highly educated teachers and administrators and curious, well-intentioned, slightly shaky soon-to-be- middle school parents, like myself.  All there under the common umbrella of co-creating a think tank on what would make our current middle school program even stronger and better and more enriching for the children there. 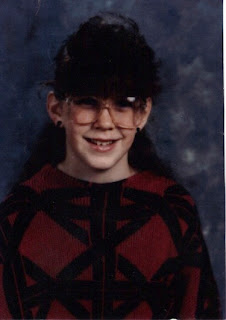 And though that may not sound like the awesomest way for you to spend your Saturday (believe me, my husband and I groaned a bit this morning at the plans we had so responsibly made)- Despite our wariness, it actually proved to be pretty fabulous for a couple of reasons.  First of all, turns out- I have some opinions.  Yeah- I know that may be hard to believe.  But I do.  And I like to have them heard. Secondly,  I like to feel like I'm actually contributing to the good of the whole- like I'm here and participating. Which attending this forum allowed me to feel. 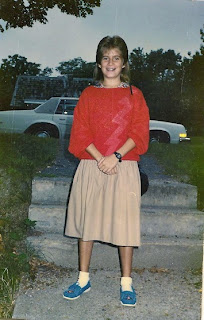 Interestingly, this is a trait our highly educated teachers and administrators kept bringing up research-based knowledge on in terms of understanding the middle school mind. Middle schoolers really want to do worthwhile things, they told us. Middle schoolers want to feel like they're doing something important. They don't want to be given a bunch of boring drivel worksheets to waste countless hours upon at home.  They don't want to be talked down to and passed over and not connected with. They want to be engaged and feel empowered and enacted. 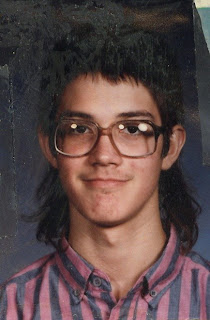 Hm- I'm thinking.  Really- um.  So you're saying MIDDLE school kids feel this way.  Ok.  So apparently SOMEONE has never actually graduated from middle school... What I think I'm trying to veer toward here, topically speaking, through the thunder storm of my cluttered brain, is that I am becoming ever more aware of how deeply connected I as mother am to my kids during their times of transition.

Middle school for me was really rocky- especially in the beginning.  I had just thumped unceremoniously down to the emotional basement from a nirvanic penthouse of sorts, which the 5th grade had been for me.  There was nothing I could not do in 5th grade.  Thus, Holly Long in 5th grade was so happy and fulfilled.  6th grade took my well organized files of well being, self-acknowledgement and what had been dawning pre-pubescent feelings of empowerment and dumped them all helter skelter on the floor. I remember details.  I also remember big clouds of mauve and olive green confusion.  I remember suddenly feeling awkward all the time.  And everyone was looking at me.  And everyone was judging.  And it sucked. 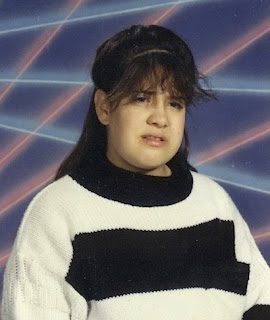 So, as my kid teeters upon this very precipice, I cannot help but re-encounter my own turgid 6th grade feelings of despair. And now, I'm also realizing- that as I veer toward the point that Middle School was tough for me, and as I sense my daughter starting to deal with some familiar territory, I'm discovering that perhaps from a larger perspective, the term 'Middle' is poignant here in ways that don't just have to do with me and my kid.

Chrissie Hynde gave us "Middle of the Road."  In corporate society we discuss Middle Management- which now seems to be a catchword for where we don't want our children to rise to their level of incompetence.  Middle Age has had me over it's lap for awhile now, chapping my hide with its strong leather strop.  We discuss things as "middling" in negative connotative ways.  The middle of the bell curve has never been where America wants to see itself or its kids' test scores or future outlook.  The Middle Class seems to be shrinking.  No one wants to be in the middle of a crisis, or a breakdown.  All kinds of scary things happen in the middle of the night.  Whenever anyone wants to lose weight its almost always from somewhere in the middle of their body. The Middle East continuously seems to be a disastrous political mess. And then of course there's always -- the Middle Finger.

The word Middle is kind of shitty in our outlook, isn't it.  We've sort of decided that here. I guess that makes sense.  Everyone likes beginnings.  Beginnings of romantic relationships. Beginnings of life cycles.  The beginning is related to youth- to spring- to healthy beautiful things growing and sprouting.

On the other hand the End is a little scary.  Though it is finite.  We know to leave the movie theater when we see The End.  We're sure the book is over.  The ends of phases or wars or arguments are relieving.  Even the ends of good things like a rockin party, a fun camping trip, a marriage that at one time was thriving, or just the last cookie in the box-- though hard are at least helpful.  Again, it's this sort of defining boundary.  The end.  The ends of things.  Time to get on with it and start something new.  A fresh beginning. So the ends are related to the beginnings, which we so dearly love, and make way for them.

Well- I do feel like I spend my life in the middle.  I've had some time here in the middle. I've gotten a little better at being in the middle of nowhere.  At feeling like I'm a middling performer that somehow hasn't yet been able to cross over into a place where I feel seen enough.  As mentioned before- I'm very consciously, very continuously dealing with middle age.  And as it turns out, the middle isn't actually so bad. The middle is where you can find balance I think.  Balance between being stinking rich and heart-breakingly poor.  Balance between knowing you're incredibly valuable and important and knowing you are also inherently insignificant and tiny.  Balance between loving every single second life has to offer, and trudging through this life as though it was an albatross heaved pitilessly upon your shoulders. The middle is where the truth lies too- I believe.  The actuality of the greys that make up almost every conceivable life situation, despite that many would much prefer to paint them with blacks and whites.

I think I'm becoming a cheerleader for the middle.  Maybe I'd actually like to go back into Middle School and have a do-over.  Or perhaps, more accurately, re-remember my times there as fantastic grist for the mill.  As ripe fodder for whom I was to develop into over the years.  Middle School maybe got a bad rap from ME.

So, I will strive to keep my eyes wide open during my daughter's foray into this middle territory. Though I can't live it for her, I certainly can abide.  I can withstand.  I can reflect. Here in the middle of it all. 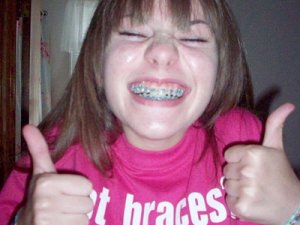 I promise. Cross my heart.

Dancing In The Dark